Blessed with pictorial scenic extravaganza, this beautiful town of Cooch Behar on the Himalayan Terai region is one of the prominent places in the Indian state of West Bengal. Simply for its rich historical background, royal heritage and grandiose inheritance these places have been a center of attraction for millions of tourist visiting the state. Cooch Behar town is a heritage town. In fact it is one of the first planned cities of West Bengal presently having facilities similar to any modern city but essentially calm and serene without the hustle bustle of metro city life. 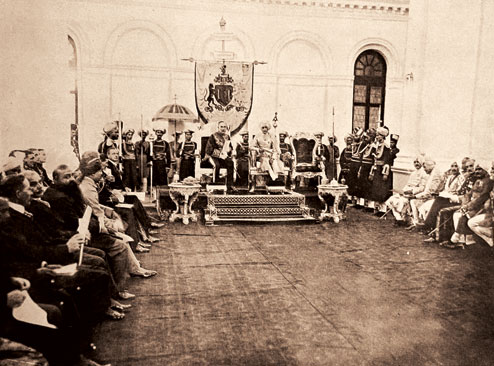 Origin of the name

The name Cooch Behar was derived from the tribe name “Koch Rajbangshi” the beholder of the kingdom in this location. The word Bihar in Sanskrit is derived from the “Vihara” which means to roam about or travel. So the name of the place was given with the intended meaning of the land which is dedicated for the Koch kings to travel around.

History of Cooch Behar is one of the most interesting aspects of the city. The earliest reference of Cooch Behar can be extracted from the history of Assam. In the earliest age the territory was often referred as Pragjyotisha which found its mention in the classics Ramayana and Mahabharat. The western division of Pragjyotisha was named as Kamrupa in the later years. Even the Allahabad Pillar Inscriptions of the famous Samudragupta mentions the existence of Kamrupa territory in 4th century AD. The territory of Cooch Behar has been an integral part of Kamrupa division during the period of 4th to 12thcentury. After this time the area was shifted to the Kamata kingdom which was primarily ruled by the Khen dynasty. The headquarters of the later was based in Kamatapur and the Khen rulers ruled from there only. Incidentally the Khens were a native tribe and have been a successful ruler in this area till 1498 CE. During this time, the Khens were challenged and defeated by Allauddin Hussain Shah, the Sultan of Gaur, and they lost their hold on Kamatpur but the new invaders also couldn’t hold on to the reigns and were in battle with Bhuyan Chieftans for the region. However in this battle for power and authority, the Koch tribe became quite supreme and designated themselves Kamateshwar also referred as the Lord of Kamata and thus Koch dynasty was introduced here. 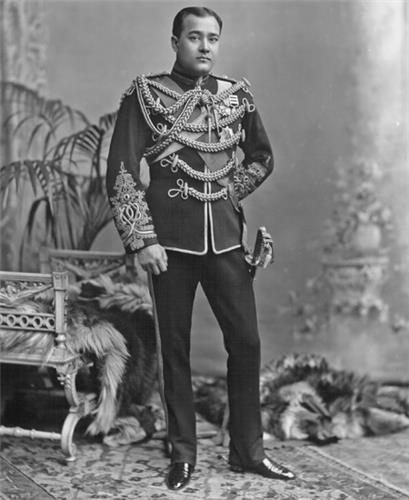 As per the historical scriptures Maharaja Vishwa Singh was the first prominent ruler of the famous Koch Kingdom and he served the people from 1510AD to 1530 AD. The beginning of the rule of the Koch kings was not static and they faced many administrative issues which forced then to shift the capital to Cooch Behar. During this time even the territory was named as Kamata which continued till the time of Maharaja Nara Narayan who was the son of King Bishwa singh. The named Kamata continued till 17th century which is all the more validated since all the Koch Kings used to refer themselves as Kamateshwar. However among all the efficient Koch Kings, the valor of Maharaja Nara Narayan is the highest since during his reign only the kingdom possessed its zenith. It was in his name only that coins were introduced.

During this expedition of expanding the Kochi kingdom Maharaja Nara Narayan was assisted by his brother Sukhladhwaj, who served as the military general and later became the Governor of the eastern region. Sukhladwaj was succeeded by his son Raghudev after his death. Raghudev, though a Governor was a apparent heir for the kingdom since Nara Narayan didn’t have a son for long. However having a late child the possibilities of Raghudev inheriting the throne was ruined and to placate his feelings Nara Narayan appointed him as the Vassal chief for a portion on the banks of Sankosh River and named it Koch Hajo. In 1584, Nara Narayan breathed his last and in this year only Raghudev declared independence and Kamata Kingdom was divided into two prominent parts Koch Hajo and Koch Behar. Koch Behar or Cooch Behar got itself aligned with the Mughals and joined India as a part of West Bengal whereas Koch Hajo became united with the Ahom Kingdom and became a part of Assam.

Maharaja Pran Narayan in 1661 CE again planned to expand the kingdom but his attempts were perished by Mir Jhumla the Subedar of Bengal during the time of Aurangzeb who attacked Cooch Behar and soon conquered the area. The name of the territory then was shifted to Alamgirnagar. However all this didn’t last long as Maharaja Pran Narayan soon regained his control over Cooch Behar with few days. After this Cooch Behar was attacked again in the period of 1772-1773 by Bhutan King and was on the verge of capturing it when the Kochi king decided to expel the Bhutaneese by signing treaty with the East India Company on April 1773, which stated the Kochi ruler will serve the kingdom only as a Feudal Lord under the British administration.

Among others another notable figure in the list of kings who ruled Cooch Behar was Maharaja Nripendra Narayan. Victor Jubilee Palace was almost a replica of Buckingham Palace and was built in 1887 by Maharaja Nripendra Narayan who had also claimed the honor of creating a whole new modernized Cooch Behar. At the end f British rule a crucial agreement between the Koch kings and the Indian Government took place where Maharaja Jagaddipendra Narayan shifted his full authority and power to the Government of India. This was effective from 12 September 1949 and In January 1950, the same became a part of West Bengal as a district with its headquarters in Cooch Behar town.

Multiple dynasties and rise and fall of several Rulers marks the journey of Cooch Behar. Today it is one of the perfect tourist destination and planned town with much attractions for all. It is one of the growing cities of the state and posses huge potential for growth and development in every aspect.